The Transition Times
Where do you want to be standing when the paradigm shifts?
"Ridin' The Paradigm Wave"

The Sun disappeared from the sky today. At approximately 17:00 EST, witnesses noticed a phenomenon in the western sky. Matthew Bones, of Philadelphia, Pennsylvania, observed, "It started falling in the westward sky. I said, 'Oh Lord, save us!'" By 19:00 Pacific Time, James McClinton of Longview, Washington concluded, "The Sun completely fell from the sky. The Earth is covered in darkness."

For these were the days of the power and dominion of the Antichrist, Bill the Gates (accursed be his name) who had made many such lies in mockery and in scorn of the mighty works of the LORD.

Zombies & The End Of Times
by Daniel (King Arthur's Bible)

At that (this) time, the mighty angelic prince who stands guard over your (our) nation, will stand up and fight for you in heaven against satanic forces. And, there will be a time of anguish for the Judeo Christians greater than any previous suffering in history. And yet every one of your (our) people whose names are written in the Book will endure it.

Many of those whose bodies are dead and buried will rise up....

It would appear that there is a complex chaotic system in play that is resulting in the deforestation of the Earth. Why? What is causing the collapse of the canopy?

It is too late. Global warming has caused irreparable damage to our environment. Almost all scientist agree that IN FACT global warming is a problem. Humans have caused the destruction of the Earth's environment. Our planet has become unfit for human life. Now the question is can we adapt in time?

Tax imposed on burps and farts. New Zealand farmers are being asked to cough up NZ$8.4 million (2.9 million pounds) a year to help reduce greenhouse effects caused by flatulence of their millions of sheep and cattle -- and they say the plan stinks.

Crisis Management Plan For Children
by The Old Folks

Dear Children,
Humans have caused the destruction of the Earth's environment. We are sorry.

The Globalization of Humanity
by Peter Cross

"Come Together", said the Prophet John. "All You Need is Love" to carry on. We're all members of the human race for better or for worse. And, we're all riding on the same planet in the same Universe. 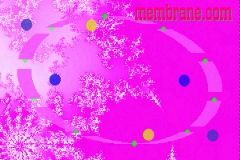 Peculiar. The taxonomy and nomenclature of chaos is an inherent element of most every artistic and scientific discipline and environment. But only rarely is the notion of chaos afforded any attention in politics, government or business where it is most manifestly evident.

Observations of a Good Citizen

Regular columns addressing serious or important thoughts such as: essays about why stereotypes and racism are wrong, justified by saying that "some of my best friends are drunken Indians."

Put On A Happy Face

Yes, it is an old cliche but there is much truth in the importance of a smile. A smile can say so much about a person. It can say, "I feel good," or "Feel free to approach me with questions," or "Yes, I am half drunk." Energy is radiated through people, both positive and negative. As an experiment, try walking around a busy area and say hello to as many people as you can. You will most likely receive a wide assortment of reactions. You may find that people are much friendlier once someone takes the first initiative. You may find that people don't know how to react to a friendly stranger. You may find yourself in the emergency room after some insecure butf*ck kicks your ass for looking at him the wrong way. But hopefully you will start to see some positive energy begin to flow, and it was because you took that first step. But then again, maybe its the marijuana talking.

Why feminism is a great thing.

Conclusion: Women are every bit as intelligent and capable as men, and besides, there's nothing hotter than lesbian sex.

Watch For These Stories

Terrorists Attack Terrorists
In a fit of widespread panic, those claiming to be victems of terrorists lash out in a reign of terror.

Meltdown
Ice that was millions of years old melts away. Scientist scramble to invent a process to re-create water that has been frozen for an equivelant time period.